Understanding the underlying physics of sound, where it is generated and attenuated, how we measure it, and the impact it has on us, is an important part of being able to design the right air movement systems and select the correct products. 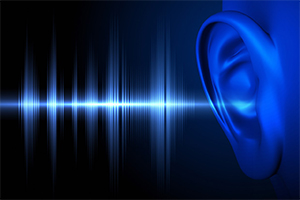 Why is sound important?

Sound is all around us, constantly – in the modern world we almost never experience complete silence.  Noise has a major impact on our daily lives; it’s an important part of how we experience the world, but it can also have critical effects on our health, from sleep disturbance to impairing our ability to communicate, and more seriously damaging our hearing.

The World Health Organisation has outlined various noise levels in different environments which impact on us.  For example, noise below 30dB(A) (more about how sound is measured is discussed later in this article) is unlikely to disturb sleep, noise over 40dB(A) has a detrimental effect on the quality of sleep; in industrial environments, noise above 80dB(A) is likely to cause hearing impairment.

One noise source in buildings is often the heating, ventilation and air conditioning (HVAC) system, so understanding the acoustic properties of these products is important in being able to design systems which will minimise any noise disturbance which may occur in any given environment.

Let’s start by asking the fundamental question: what is sound?  In our ear is a membrane called the eardrum; for us to hear a sound, the eardrum needs to vibrate, and effectively for this to happen, the air in front of the membrane needs to be moving.

For this to happen, pressure needs to build up in the ear canal.  But there is always pressure at the eardrum – the static pressure is about 100,000 Pascals (the unit used to measure pressure, equivalent to the force in Newton per square metre of area).

Sound pressure differs from static pressure, because in order for there to be noise, there has to be negative pressure as well as positive pressure, to push and pull the eardrum back and forth (how quickly this happens is the frequency, which we will come onto later).  Only then will we experience sound.

But when we talk about sound amplitude, we seldom talk about Pascals, and instead refer to decibels.  This is because the range of sound is so large – from a few micro Pascals up to several hundred Pascals, that we prefer to use a measure which is more compact.  We call this measure a level, and it uses the unit decibel (dB).

As we have seen, for us to hear a sound there must be a variation between positive and negative pressures; static pressure has no variations.  In each cycle of pressure variation, the pressure will increase to its maximum level, decrease to its minimum level, and return to its starting point.  The number of such cycles in a given time gives us the frequency of the sound.

This frequency is measured in cycles per second, or Hertz (Hz).  The human ear starts to register sound at around 20 cycles per second (or Hertz); someone with full, good hearing can hear frequencies up to 20,000 Hz.

Where c is the speed of sound in metres per second, f the frequency in Hertz, and λ the wavelength in metres.

In reality, any sound will always consist not just of one frequency, but of many, giving infinite possible sound characteristics.  To enable us to describe the frequency components of a sound, we divide frequencies into groups called octave bands, allowing us to determine how much of the sound falls into each band.

Musicians will be familiar with octaves.  When you hear a note, and then hear the same note an octave higher, you are in fact hearing exactly twice the frequency of the original note; so a sound at 250Hz will be the same note as a sound at 500Hz, with an octave in between.  An octave band is a range between these two notes, and each band is called by the frequency which is at the geometric centre of that band.

The centre of the 44 to 88Hz band is 63, and so we call that band the 63Hz band.  The eight main octave bands we deal with in HVAC systems are illustrated in Fig.1.